From the minute they sign on to a project, they take ownership of it 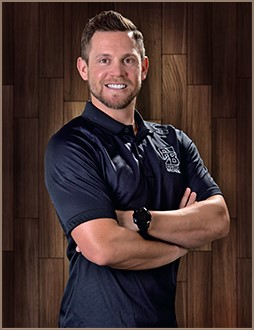 Drew, a Sacramento native, joined the Parker Brown team in 2015. In his short time with the company, Drew has completed a variety of projects throughout Ventura and the Los Angeles County. Andrew’s previous employers included Menchies Frozen Yogurt, where his role as a project manager was to handle 70+ franchisees on the west coast.

He earned his bachelor’s degree at Humboldt State University where he also played soccer for four years. Drew and his wife, Amy have three children: Charlie, Colt and Crew. His hobbies include snowboarding, wakeboarding, motocross and camping.

The three aspects of construction he loves best are:

Feel Free to reach out